Brits hit the beaches (and roads) on bank holiday 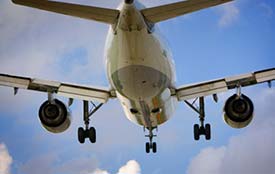 According to a report by Emily Sanders for The Co-operative Travel, 2.8 million residents of the UK will head abroad this bank-holiday weekend--mostly by jet from airports such as Heathrow, Gatwick, Manchester, Glasgow, and Edinburgh, and primarily to seaside resorts in the Mediterranean.

If you're hoping to avoid jammed airports, stay away from the highways: An article in The Indepdendent claims that 52 percent of the UK's inhabitants are planning trips this weekend, with large numbers bound for British beach reports (notably the Isle of Wight, Blackpool, and Brighton) and others--especially young people--headed for music festivals in Reading, Leeds, and other venues.

Esure estimates that motorists will encounter average delays of 1 hour 24 minutes, and 12 percent of drivers could get stuck in traffic jams for three hours or longer.

Moral: Unless you like crowds, it's a good weekend to stay home.

Posted at 05:54 PM in Destinations, Events and festivals | Permalink | Comments (0)