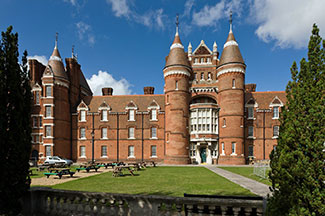 ABOVE: The Portsmouth City Museum is offering a free Charles Dickens exhibition through November 4.

Charles Dickens was born on February 7, 1812 in the city of Portsmouth, Hampshire on England's south coast. To honor the bicentenary of his birth, the Portsmouth City Museum is offering a series of exhibitions, talks, and other special events between February 7 and November 4.

The centerpiece of the bicentennial Dickensfest will be a free exhibition, A Tale of One City, that will explore what life was like during Dickens's time. The exhibition will feature several pages from the original handwritten manuscript of Nicholas Nickleby, which is being lent to the city by the British Library.

The free exhibition will be open daily except Mondays from 10 a.m. to 5 p.m. between January 28 and November 4. (On Monday bank holidays, the museum and exhibition will remain open.)

On Sunday, February 12, the Portsmouth City Museum will host a free talk on the "A Tale of One City" theme.

While you're in Portsmouth, don't miss the Charles Dickens' Birthplace Museum, which occupies the modest house where the author was born. The museum is furnished in the style of 1809, when the newly-married parents of Charles Dickens set up house at 1 Mile End Terrace, Landport.

To plan your trip, visit the Portsmouth pages at the region's official tourism site, Visitsoutheastengland.com, and the city's own tourist site at www.visitportsmouth.co.uk.

BELOW: The house where Dickens was born is now the Charles Dickens' Birthplace Museum. 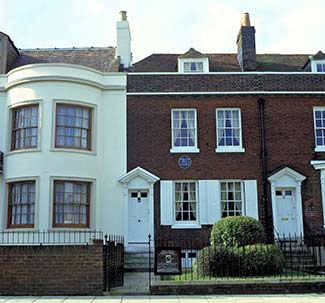 Posted at 05:52 PM in Destinations, Events and festivals | Permalink | Comments (0)