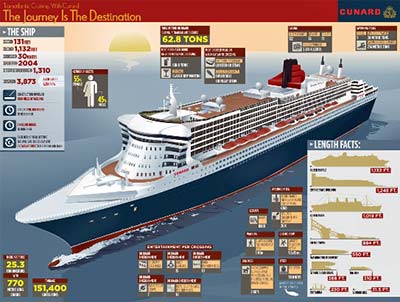 ABOVE: For a full-size version of Cunard's Queen Mary 2 infographic, click here. INSET BELOW: A pet wrangler pampers a Shih Tzu in Queen Mary 2's onboard kennel.

The word "shuttle" may seem inappropriate for Cunard's deluxe transatlantic service between New York and Europe, but the numbers say otherwise:

If you're already looking ahead to 2013, you'll find that Queen Mary 2's first scheduled transatlantic crossing next year is on January 3, from New York to Southampton.

Not all of Queen Mary's 2 voyages are transatlantic crossings: The ship will also cruise in Europe during 2012, with sailings to the Baltic, Norway, the North Cape, Iberia and Spain. Cruises can be combined with transatlantic crossings at either end to create "Grand Voyages" that let passengers "revel in glamorous on board experiences with an extended roundtrip luxury cruise vacation." 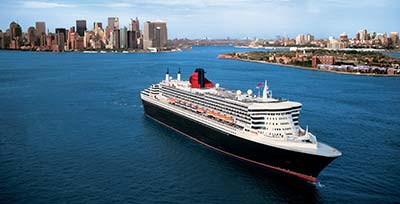