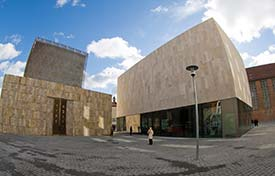 ABOVE: The Jewish Museum in Munich opened in 2007. (The museum is on the right; the building on the left is Munich's new main synagogue.)

The German National Tourist Board (GNTB) has published a new e-brochure titled Germany for the Jewish Traveler.

According to the GNTB, Germany is home to the third-largest Jewish community in Western Europe--and the only one that is growing, not shrinking.

In 2013, the GNTB reported an increase of nearly 15.4 percent of overnights from Israel to Germany, so the country is attracting plenty of Jewish tourists as well as residents.

To download the free brochure, visit the GNTB's brochures page.

BELOW: Erfurt's Alte Synagogue, or Old Synagogue, was rediscovered in the late 1980s after being hidden behind other buildings for nearly 600 years. It is now a museum of medieval Jewish life in Erfurt. 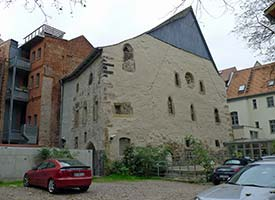