Uniworld to cruise on France's Garonne River in 2014? 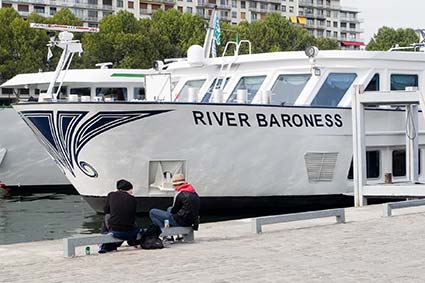 ABOVE: While you're waiting to cruise on the Garonne in 2014, you can enjoy Uniworld's River Baroness in Paris and Normandy.

It's no secret that Uniworld will bring a new ship to France in 2014, but until now, the question has been "Where?" Here's the scoop, based on our insider information:

Uniworld's new ship will replace River Royale on the Saône and Rhône Rivers in Burgundy and Provence.

River Royale will move to the Garonne, in the heart of France's Bordeaux wine-growing region.

Details of the new itinerary aren't yet available, and for all we know, the company has yet to work out the details. Still, we suspect that cruises on the Garonne will be popular with English-speaking guests (especially those who have a taste for French wines).

For more information about Uniworld's existing itineraries in France and elsewhere, visit www.uniworld.com. 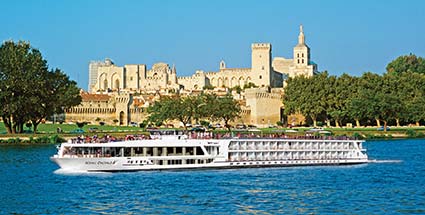 ABOVE:: Scenic Emerald cruises past the Papal Palace in Avignon, France.

Scenic Cruises, a subsidiary of Scenic Tours, has added a seven-night itinerary on France's Rhône and Saône Rivers to its European program for 2013. The voyage from Chalon-sur-Saône to Arles is being combined with Scenic's existing seven-night itinerary from Amsterdam to Basel, with a coach connection between the two. During the transfer from Basel to Chalon-sur-Saône , passengers will visit Beaune, the historic wine capital of Burgundy.

Highlights of the cruise and its shore excursions include dinner in the home of a French family near Tournon, a visit to a winery in the Beaujolais village of Oignt, riding on electrical-assist bicycles along the Rhine River near Koblenz, and an insider tour of the Hockenheim Formula 1 track.

Fares include unlimited beverages, all meals, private butler service, Wi-Fi, airport transfers, shore excursions, private concerts and performances, and all tips on board or on shore.

The 14-night cruise package is priced from US $6,290 to $10,240 per person for American guests, with free flights for U.S. residents who book standard staterooms by September 30, 2012. (Departures are in March, April, and September.)

BELOW: A balcony on Scenic Emerald, and dinner with a French family. 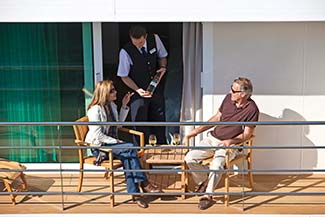 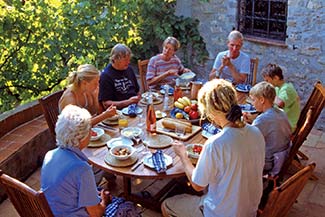 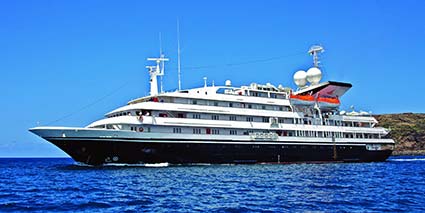 ABOVE: Corinthian would make a perfect megayacht for a billionaire, but don't tell Bill Gates or Mark Zuckerberg: We wouldn't want our readers to miss the chance for a Mediterranean cruise on a vessel that holds fewer passengers than most ships' lifeboats.

Travel Dynamics International is a New York-based cruise line that began life as Classical Cruises & Tours more than 35 years ago. The company specializes in cruises for adults with an educational and historical focus.

A typical TDI cruise has onboard lecturers (usually professors, journalists, or authors), and fares include shore excursions to cultural attractions that range from Byzantine monuments to Antarctic scenery. The company's three small ships carry only 34 to 100 passengers each, or fewer people than you might find at a Behemoth of the Seas bingo game.

Next year, Travel Dynamics will offer eight Mediterranean cruises on Corinthian, a 50-cabin ship that was refurbished in 2009. The ship has a crew of 60 to serve a maximum of 100 passengers.

TDI's 2013 Mediterranean season begins on April 30 with two 10-night cruises, "North Africa's Mediterranean Coast Through the Centuries." After that, the ship will cruise to Sicily, Malta, and the Aeolian islands, and then on to Sicily, Sardinia, and the Balearics.

In May, Corinthian will offer back-to-back "Treasures of Catalonia, Rousillon, Languedoc & Provence" cruises, followed by a cruise from Barcelona to Dubrovnik, a voyage in Croatia and Montenegro, a Black Sea round trip from Istanbul, a cruise in the Balkans, and two itineraries with Greek themes.

For more information, visit the company's Web site at www.traveldynamicsinternational.com.

(Note: As we're writing this post in early August, TDI has four Mediterranean cruises left in its 2012 season, with last-minute deals for three of the four voyages. Three cruises are on Corinthian's sister ship, Corinthian II; one is on 34-passenger Callisto.)

BELOW: Suite 604 on Corinthian. 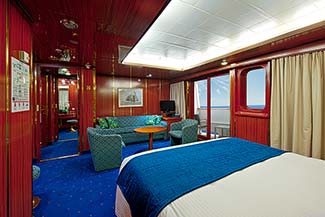